This podcast uses these wind and pool sounds from from Freesound.
“Wind” by Batuhan
“Wind2” by Sagetyrtle
“Pool shot” by Cameronmusic
“Ae.Billiard Ball Rolling” by Bunyi
“Pool balls” by Bsumusictech
“Pool Break” by AaHanson

If you were seeing the fence for the first time, you’d likely wonder at the straightness of it, the way in which the concrete posts had been planted at ten yard intervals deep into the rock. You might ask yourself if national forests normally went to these lengths, and you’d soon remember they didn’t, that for the most part a cheerful little wooden sign by the side of the road was all that was judged to be required. If you kept on walking deeper, intrigued, sooner or later you’d see a notice attached to one of the posts. The notices are small, designed to convey authority rather than draw attention.

NO TRESPASSING, they say. MILITARY LAND.

That could strike you as a little strange, perhaps, because you might have believed that most of the marked-off areas were down over in the moonscapes of Nevada, rather than up here at the quiet Northeast corner of Washington State. But who knows what the military’s up to, right? Apart from protecting us from foreign aggressors, of course, and The Terrorist Threat, and if that means they need a few acres to themselves then that’s actually kind of comforting. The army moves in mysterious ways, our freedoms to defend. Good for them, you’d think, and you’d likely turn and head back for town, having had enough of tramping through snow for the day. In the evening you’d come into Ruby’s and eat hearty, some of my wings or a burger or the brisket – which, though I say so myself, isn’t half bad. Next morning you’d drive back South.

I remember when the fences went up. Thirty years ago. 1985. Our parents knew what they were for. Hell, we were only eight and we knew. 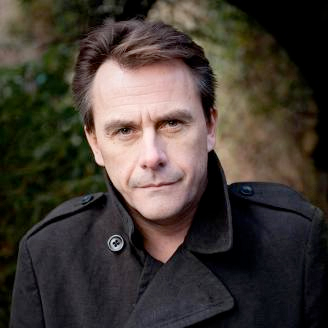 Smith’s first published story was “The Man Who Drew Cats”, which won the British Fantasy Award in 1991 for “Best Short Story”. He has been published in Postscripts. His first novel, Only Forward, was published in 1994 and won the August Derleth Award for Best Novel in 1995, and then the Philip K. Dick Award in 2000. The plot involves the lead character, Stark, having to find a missing man he believes to have been kidnapped, and travel through the strange zones of his city. In 1996 his second novel, Spares, was released, a novel in which the lead character, Jack, goes on the run with clones who are used for spare body parts for rich people, when he realises they are people with feelings. Steven Spielberg’s DreamWorks purchased the film rights for Spares, but a film was never made. When the rights lapsed, DreamWorks did produce The Island, whose plot had strong similarities to Spares, though Smith did not consider it worthwhile to pursue legal action over the similarities. He now considers it unlikely a Spares film will ever be made. END_OF_DOCUMENT_TOKEN_TO_BE_REPLACED 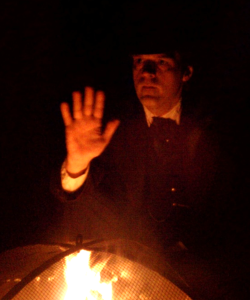 Steve Anderson has lost track of just how many stories he’s narrated for Escape Pod, PodCastle, and PseudoPod (which includes a Parsec Award-winning story for PseudoPod). When he’s not behind the microphone, he produces animated explainer videos at SGAcreative.com, and he performs original live storytelling programs at GreatTalesLive.com.